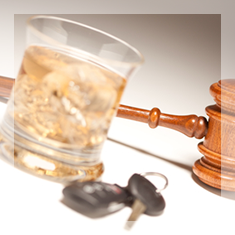 If you have been charged with aggravated driving under the influence (DUI) in Arizona, you could be facing serious consequences, including imprisonment, a felony criminal record, license revocation and forfeiture of your vehicle. You need an experienced criminal defense lawyer on your side.

I am Zach Murphy, a Phoenix aggravated DUI defense attorney serving clients throughout the metro area. As a former Maricopa County prosecutor who has been practicing law in Arizona since 2002, I have the experience to effectively defend clients against these serious charges.

Although drunk driving is a serious offense in all cases, most DUI charges are misdemeanors, carrying relatively minor criminal penalties. Aggravated DUI, on the other hand, is a felony, carrying harsher penalties. There are several different types of aggravated DUI, including:

If you retain me to defend you against aggravated DUI charges, I will carefully explore all of your criminal defense options, including challenging the evidence against you, asserting a defense against the charges, and negotiating to allow you to plead guilty to a lesser charge.

If you are facing felony charges for driving under the influence of alcohol or drugs in Arizona, I can protect your rights and fight to avoid or reduce the penalties you face. To schedule a free consultation, please contact my Scottsdale office at 602-788-2188 or by e-mail.

Tell Us About Your Case