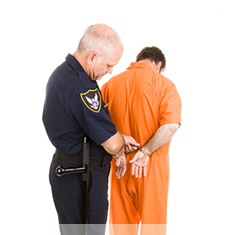 Defending Clients Who Have Been Accused of Using or Threatening Force

If you have been accused of assaulting someone, you could be facing serious penalties, including a prison sentence, fines and probation. Your lawyer will need to take immediate action to protect your rights and actively defend you.

I am Zach Murphy, a Phoenix assault defense attorney serving clients throughout the metro area. Having served as a prosecutor for more than seven years, I know how the government builds an assault case, and I know what steps to take to help my clients.

Understanding What Assault Charges Mean and How to Fight Them

Assault charges can arise in a wide range of circumstances, from bar fights to domestic incidents to motor vehicle accidents. Even if nobody was hurt, the prosecutors may choose to charge you with assault. I defend clients against all types of assault charges, including:

If you have been charged with assault or any other violent crime, I will carefully scrutinize the prosecution’s evidence against you and actively defend you against the charges. To schedule a free consultation, please contact my office in Scottsdale at 602-788-2188 or by e-mail.

Tell Us About Your Case